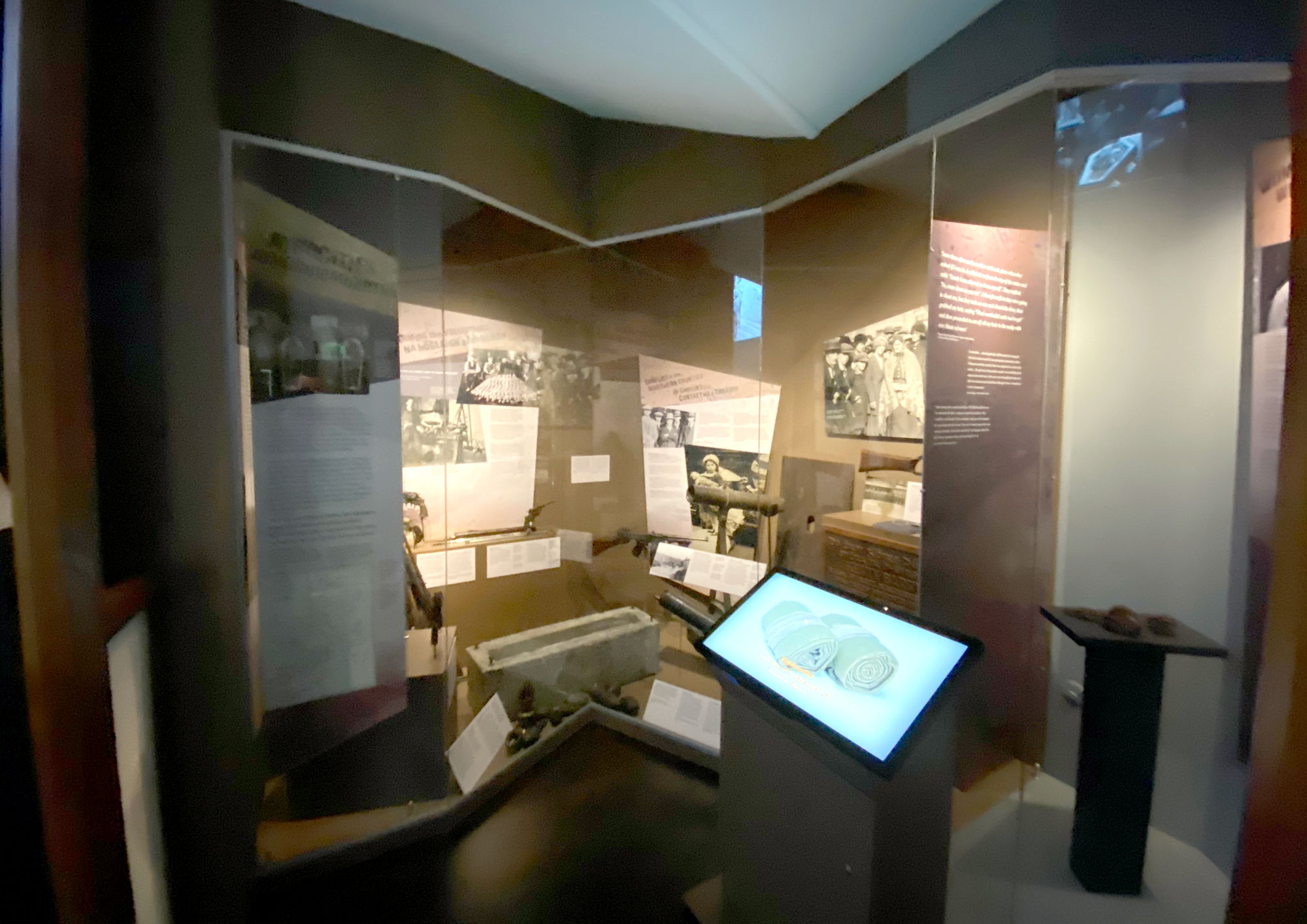 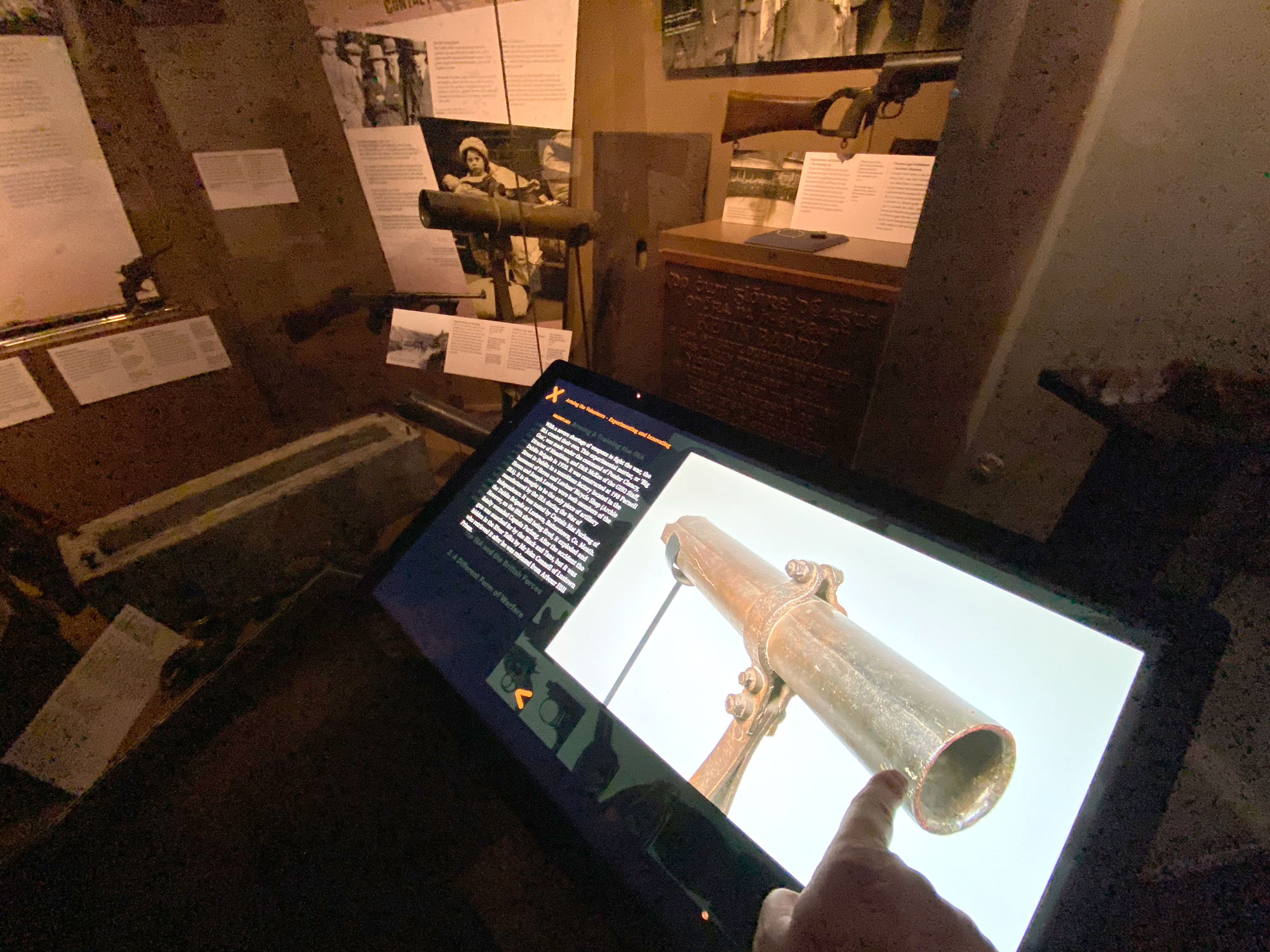 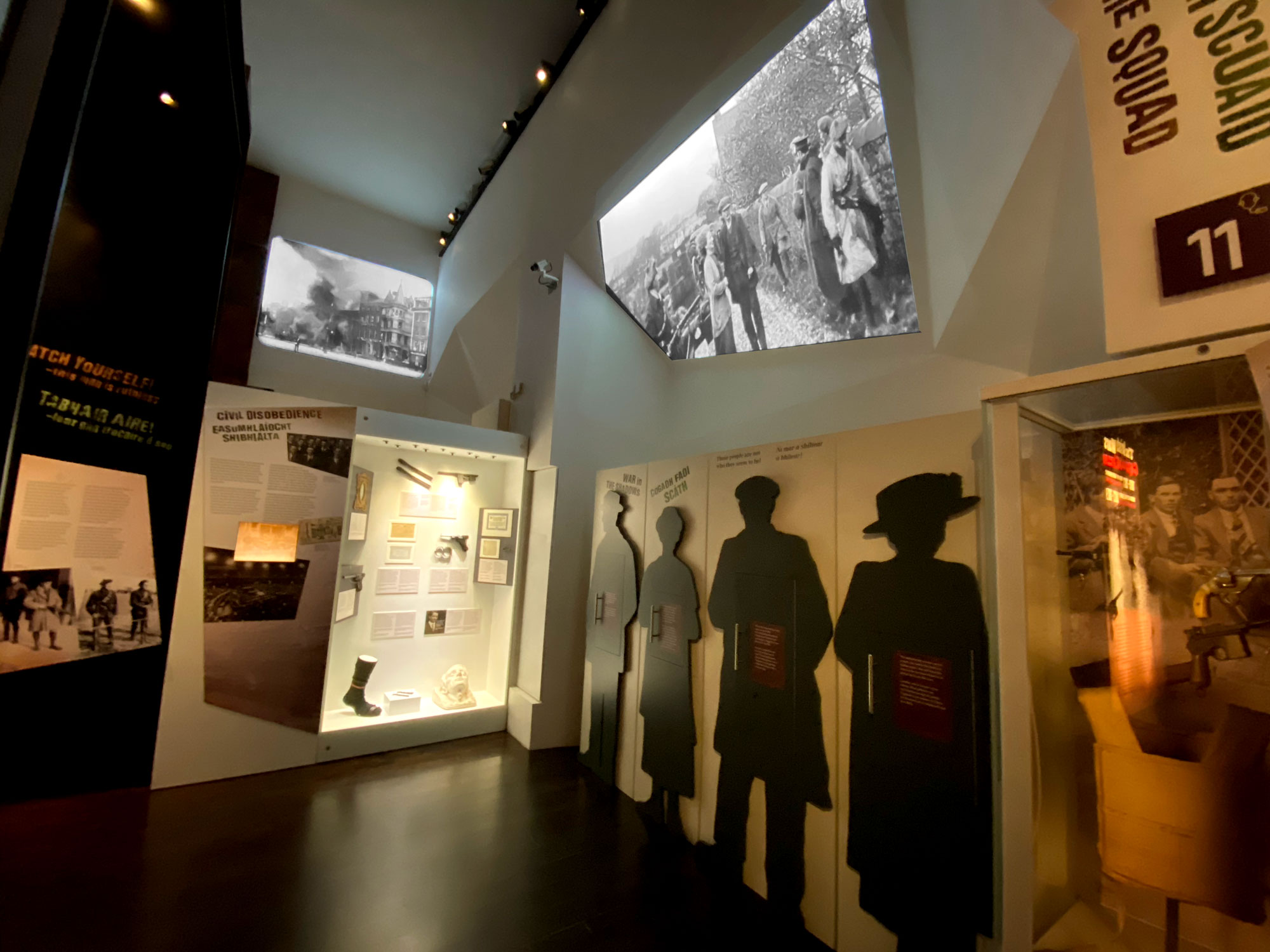 War of Independence at the National Museum of Ireland

Opened in January 2020, the National Museum of Ireland’s exhibition “Soldiers & Chiefs”  received a major update to their Irish Wars (1919-1923) Gallery to commemorate the centenary of the War of Independence. Many new never before seen artefacts were placed on display and the OPW redesigned the space to house this new permanent exhibit.

We were appointed to oversee the digital updates to the new gallery and were lucky enough to edit together some of the newly restored footage from period in stunning HD quality. This footage was projection mapped into the unusual spaces in the architecture allowing the footage integrate seamlessly with the existing spaces.

Working with Brenda Malone, the curator,  we also built a comprehensive interactive telling some of the more personal stories that occurred during this troubling time. In particular and old IRA intelligence album can be read through on the screen by simply turning the pages onscreen.

It really inspired me to want to re-learn more of Ireland's history, especially with reference to the War of Independence...