MyDart is a simple and intelligent companion for regular users of Dublin’s local train, the Dart. An intuitive interface, optimised for iOS, allows you to use one touch to get the times you need. Recent Darts are also listed and only one touch away — in either direction.

Please email us your feedback. We’d love to hear from you and are constantly taking your comments on board.

See your current direction and simply tap it to change. 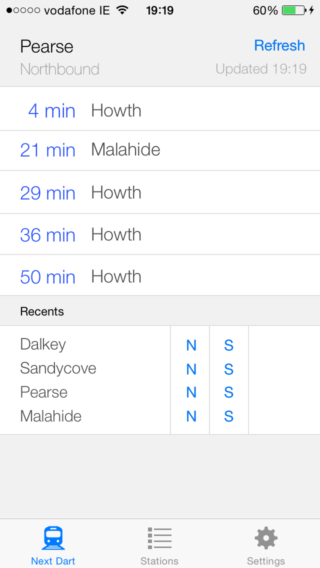 See your most stations and simply tap a direction (North/South).

Simple one touch to choose your station by Direction. 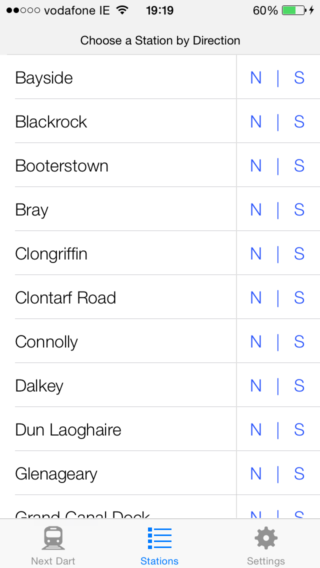 Set your default morning and afternoon Darts for easy use.

Get your times straight onto your watch. Add the complication to your watch face for one touch access. 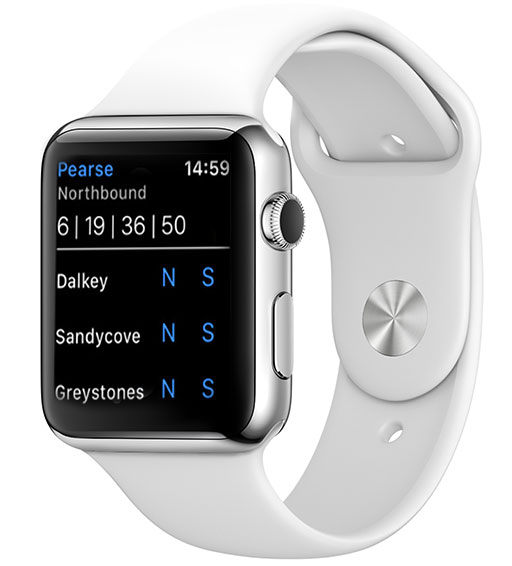